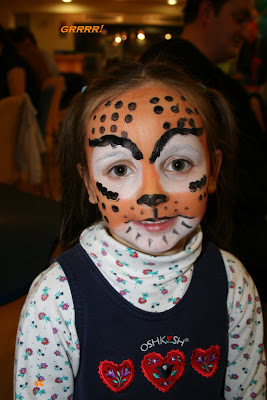 Last night we went to a birthday party for one of Foti's classmates. It was at a "pethotopo".
The concept of these places is great, parents can sit and have coffee while the kids play. My only complaint is my usual one--there was so much smoke in there. If I were at a bar I wouldn't mind because it's expected but at an establishment made for children to play it's just annoying. Here's the kicker, there were "no smoking" signs everywhere.
We did have a good time though. Iza had her face painted, Foti got to jump and climb with his classmates and Alexandra got to explore and play with new people and toys. I really like that these places have a lot of girls that are there specifically to play with the kids and keep an eye on them, so the adults can actually have a conversation. That's really refreshing. It was one of the first times that we have had the opportunity to meet some other parents which is great because now we can invite some of his buddies over to play. There's another party tonight! 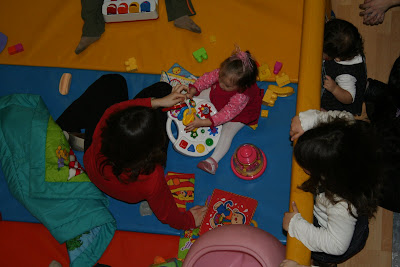