There are days when we have time to kill and our favorite place to pass the time is the beach, no matter the season.  One afternoon we had about an hour to spare before it was time to pick Foti up from school, so the girls and I enjoyed some fresh air at a local beach. 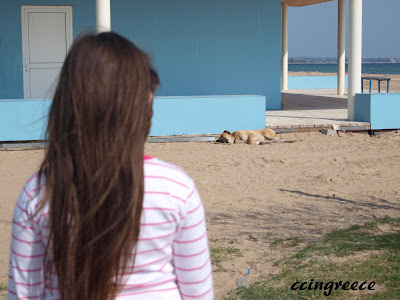 As we approached the beach we spotted a dog sleeping. At first we thought it was dead, as it's not uncommon to come across dead dogs here. I know it sounds grim, but it's reality.  This one woke up a few minutes later and we were relieved. He was extremely friendly and lovable. 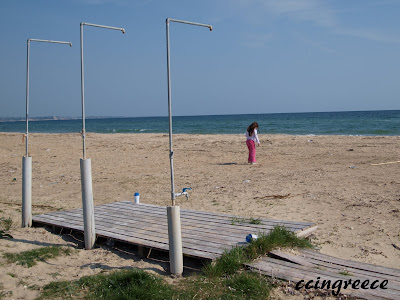 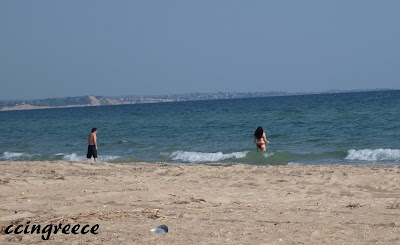 We saw some brave swimmers. The temperature this day was about 60 F/ 15.5 C...so not technically warm enough for most people to take a dip. I applaud this couple for their enthusiasm because I won't go in yet. 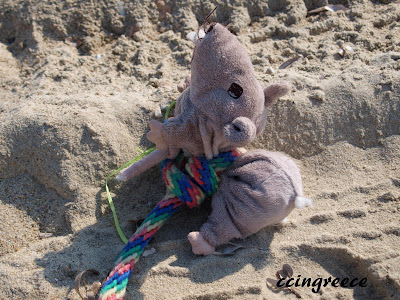 A strange find on the beach... 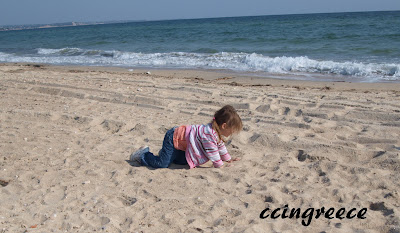 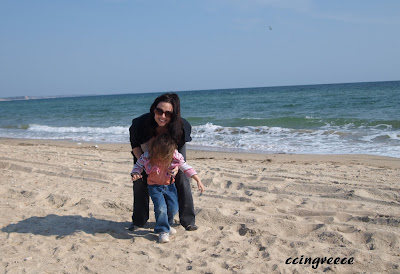 and caught the moment when I went to help her up. She was using my camera, she's already great at photography, especially given she's only 7 yrs old. She won't be satisfied with a point & shoot, I'm afraid. 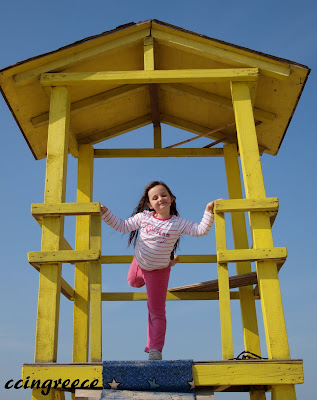 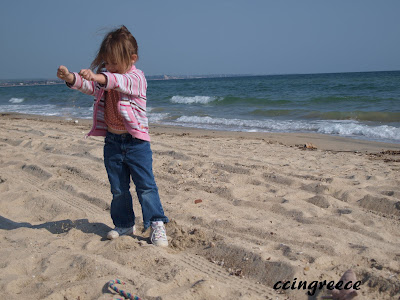 Alexandra loves the sand...just loves it.
That's how we kill time. I love living near the sea.
Have a nice week!
Posted by Cheryl at 12:00 AM