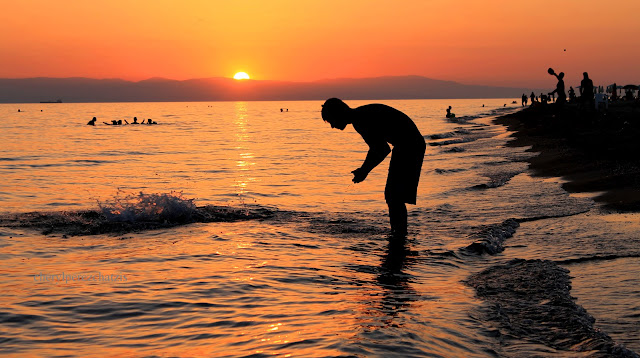 The winds have changed and the temperature is bearable which means that summer is coming to a close. Although, I refuse to admit that it's  almost over because I don't think I've had enough. It's never enough.  I hear friends and neighbors wishing one another "Καλό φθινόπωρο" (Good Autumn) and I refuse to accept that another beautiful summer is near its end. I took this photo just a  little over one week ago and it was comfortable to be sitting on the beach after the sun had set. As much as I love autumn, I'm hoping for another short heat wave.