Adjusting to the holiday schedule in Greece was  a little easier this year. First of all, we weren't sick during the holidays this year...last year was miserable and it took a lot of effort to try to make things enjoyable. Next, our children have been in school for their second year and have assimilated to the local customs. One of the customs here is that Santa -aka -Agios Vasilis doesn't visit children until New Year's Eve. That's ok though since our children receive gifts from family and friends on Christmas and then Agios Vasilis comes brings more gifts on New Year's Eve.
Things became really exciting this year because we were invited to an event that took place at a local port. Agios Vasilis was due to arrive late in the afternoon! Izabella grabbed her list hoping that she would get to go over it with Mr. Vasilis...here's a picture of our little munchkins waiting for his arrival. We were told that he would arrive by boat which we thought was really cool. 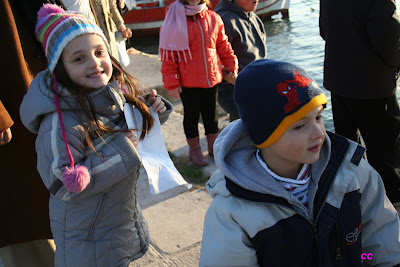 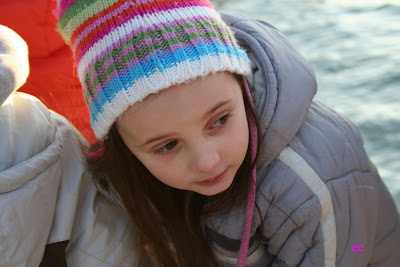 Izabella anxiously looks around and under a bridge to see if he's on his way... 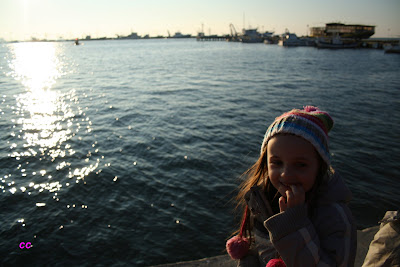 She spots a small boat in the distance. Flares and noisemakers were used to signal his arrival. 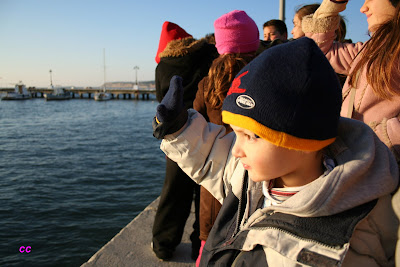 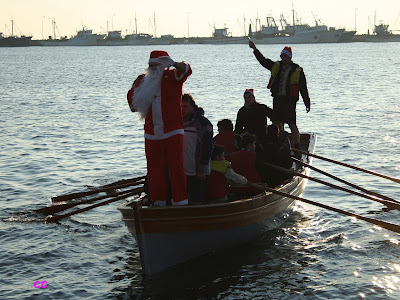 Agios Vasilis and his crew. 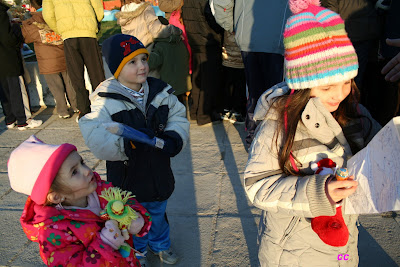 He gave everyone a few gifts, kids were shoving and pushing to move up front so we  kept ours to the back so that they wouldn't be trampled. Serious crowd control issues... 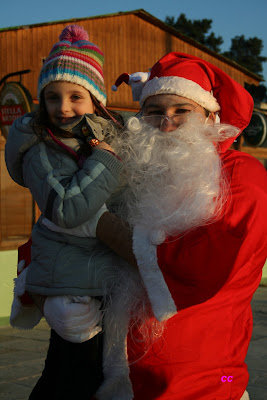 We waited for the crowd to disperse so that our children had a chance to talk to him. Izabella was very suspicious. Shortly after I took this photo she tugged on my coat, wanting to tell me something. Here's what happened...
Iza- "Mom, mom...I have to tell you something."  She looked very concerned.
Me-" What honey? What's going on?"
Iza-"It's about Santa...I think that he's fooled us!"
Me-"Why? What makes you think that?"
Iza-" Look at him! That doesn't look like Santa! I know what's happening!"
Me-"What's happening Iza? Tell me what you think is happening."
Now she looks at me very seriously and says, " It's not him. It's two elves, one standing on the other...I was held by two elves!"
I giggled and said, "maybe you're right, it doesn't look like him does it?"
Honestly, I wanted to laugh so hard, but I had to contain myself. I couldn't wait for the opportunity to tell Kosta. Isn't that hilarious?  Anyway, back to the pictures. 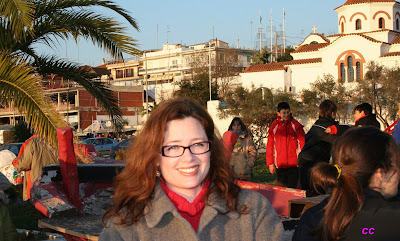 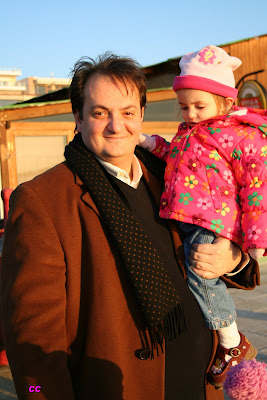 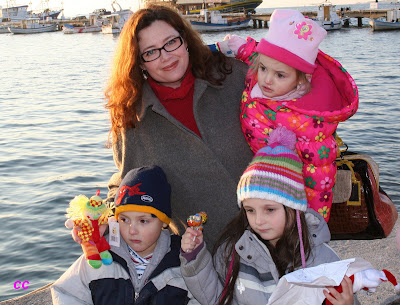 Me & the kids again...they were watching other children play while we forced them to have their picture taken.
We had a wonderful time!