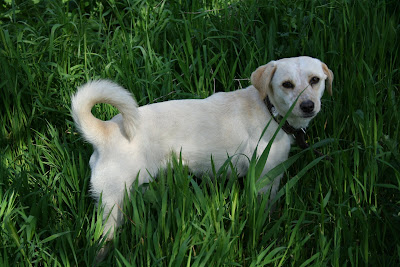 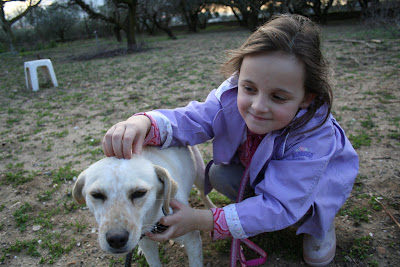 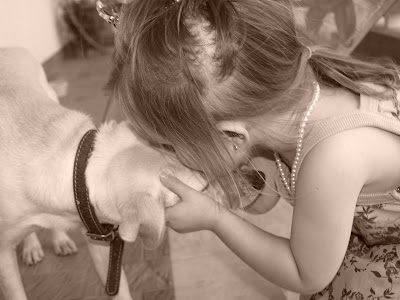 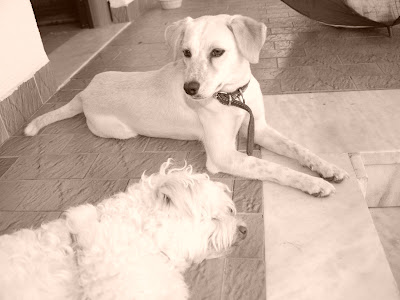 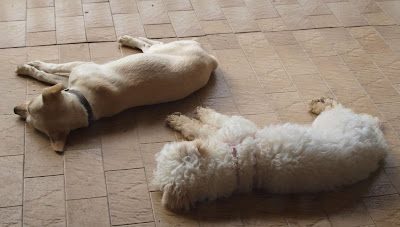 She's gone.
It's been a week since we've seen her.
Last Wednesday, as we were leaving, she ran out of the gate into the fields near our home. I called her, I tempted her with treats, I followed her. She kept running until I couldn't see her. I waited. I waited for about 20 minutes but I had to be somewhere. I left. I left hoping to find her at our gate when I returned, like many times before.
I returned.
She wasn't at the gate.
I called her name hoping that she was near and that she would come wiggling her little body, waiting for her to jump and twirl.
Nothing.
We searched...armed with treats.
We waited.
Days passed.
I checked the gate and was almost certain that I heard her bark, but again nothing.
We walked the area several times, asking strangers if they'd seen her. The answer was typically a nonverbal sneer.
I hope that she's ok.
I'm sure that someone probably took her...a complete package...sweet, clean and even wearing a brand new collar that I'd adorned her with just a day before.
The kids still look for her everyday. As we drive, we always look for her.
The girls have cried.
Izabella is worried that someone that finds her might feed her table food, raisins or chocolate.
Foti is worried that Tarzan will get sick from sadness since he's alone outside.
I stand on my balcony staring out at the fields hoping that I'll see her run back.
I stand on my balcony listening to dogs barking in the distance, hoping that I'll hear her.
I know that it's possible that she had a family before she found us, maybe she went back to that family.
Maybe.
Maybe the gypsies that camp at the beach nearby took her.
Maybe she'd had enough of Tarzan's rough puppy play.
Maybe she found another family and there are kids that love her just as much as ours do.
Maybe she got hurt.
Maybe she got lost.
Maybe if I had run faster I could have caught up to her and she would have flopped on her back so that I could rub her belly, pick her up and carry her home-like I've done before.
Maybe the dog lady snatched her up.
Maybe she'll come back in a week
or a month.
Maybe... 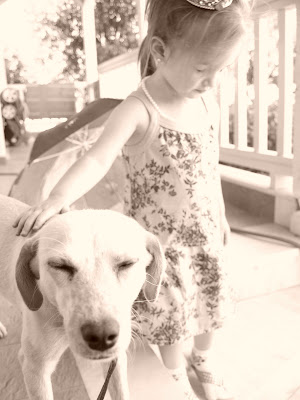 We miss her.
Related links:
Tarzan
The Dogs
Posted by Cheryl at 11:22 AM