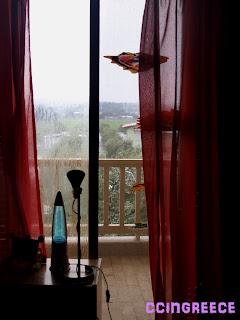 All week we anticipated snow on Saturday. The children were excited and kept reminding us that it might possibly snow today. It's exciting because snow isn't typical for the area that we live in. In fact, the last snow that we experienced was two winters ago, our first winter in Greece. So, this morning I wasn't able to sleep in  like I'd hoped but instead, I had to get up and dress everyone to enjoy the snow. I didn't mind. The kids were ecstatic. So we got dressed and went outside to play in the snow. Well, the kids played. I took photos. Enjoy... 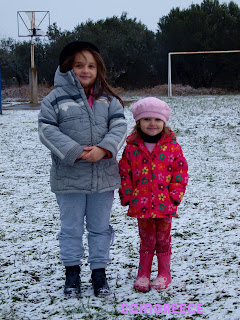 Izabella and Alexandra happy in the snow. They were so happy to pose in the snow. But, we had some difficulty taking photos because... 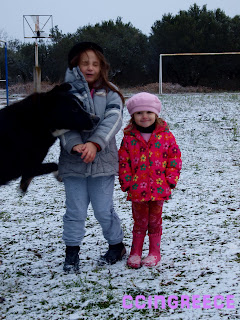 Tarzan kept jumping in and around the shots. 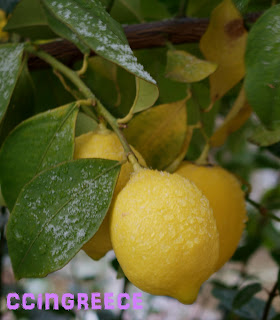 Some of my lemons covered with snow. 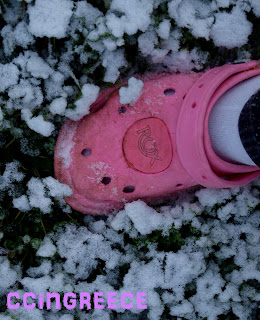 My foot in the snow. Not the best choice of footwear given the little holes in the shoes. They're usually great for running outside or doing chores, but not in snow! My feet did get a little wet. 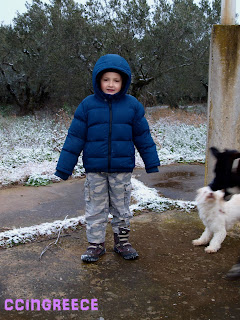 Foti posing in the snow. At first I was going to crop out the dogs but decided to keep them in so you could see how chaotic it was. They were having a blast running around and playing and again... 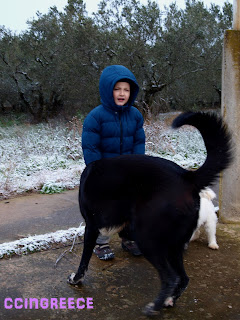 getting in the shots. 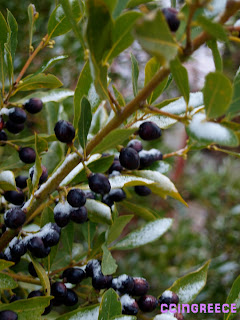 A branch from my daphne/ laurel tree covered in snow. 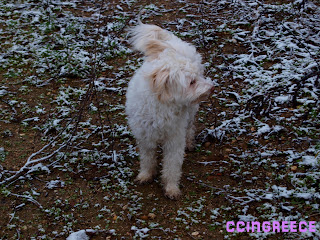 Gigi, looking out for Tarzan. 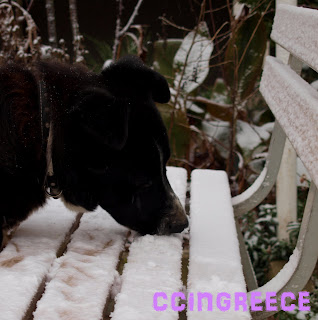 Tarzan took a moment from playing to lick snow off of a bench. I understand, I love eating snow too! A calendula flower covered in snow. 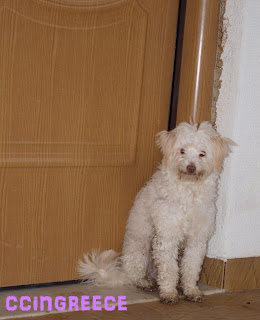 After a while, I found Gigi waiting in front of the door. She had enough-time to go in where it was warm and cozy. 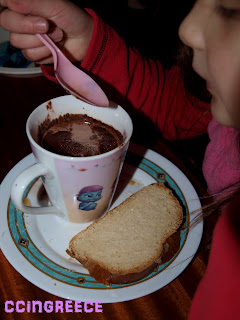 Inside, the kids were treated to hot chocolate and tsoureki to warm them up. Most of the snow has started to melt now, I'm glad that they were able to enjoy a snowy Saturday morning.