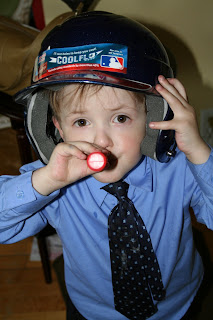 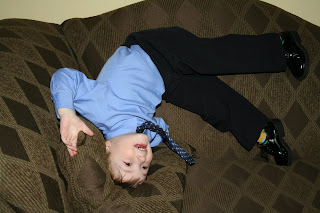 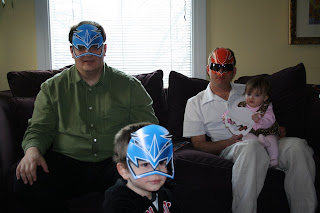 The last few weeks have been insanely busy! We had Foti's 3rd birthday party last week and he had a blast. As you can see from the pictures, even some adults got into the fun! So as we had the party, the painters were outside painting. They were here all week and the house is finally painted. We changed the colors slightly, slightly enough that it is hardly noticeable. It looks great.
We had dentist appointments and doctor appointments -shots included. The shots were quickly forgotten with lunch that consisted of ice cream and nachos. I know, not healthy but extremely fun and it worked! 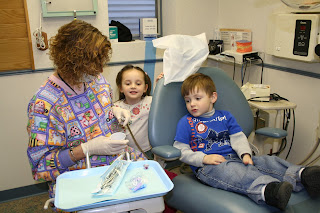 Wednesday I was trapped at home because Kosta accidentally took both his keys and mine to work with him. I discovered that as I was rushing out the door to pick up Izabella from school. I called Kosta quickly just to make sure that he had the keys, and well, of course he did. My next move was to call our neighbor that I knew was probably home as she has a newly adopted baby. I called and "YAHOO!", she was home! What's better is that she has one of my house keys AND she let me use her car to pick up Izabella while Foti and Alexandra stayed with her. On my way to pick up Izabella, I had to call my friend that I had a lunch date with and let her know that we wouldn't be able to meet within the hour that we had planned because I didn't have any car keys. No problem. She brought lunch over here and all was swell. As she and her daughter were leaving, the doorbell rang. It was our neighbor, the one that saved me in the morning. It turns out that her house key wasn't working for some reason! I have a key of theirs and she tried that one as well and it didn't work. So she and her two daughters hung out with us until her husband got home. What are the chances of both of us needed our spare keys on the same day? Slim I say- but it happened. Thank God for great neighbors! I know, why am I moving to Greece when I have the best neighbors in the world?( I am including neighbors on both sides! :) I just hope that I can live near a decent family when we get there.

Thursday we spent time with the same neighbors again as we had them over for dinner. She has been going to Dinner by Design and brought over some delicious pork chops. I made the sides that consisted of rice, salad, corn and fruit salad. It was delicious and the kids had fun playing together as usual.

Friday I was stuck in the house again because the painters had to paint the front porch. My keys don't work in the back door and I couldn't leave the house unlocked. Well I guess I gave a rundown of my week without intending to do so, but there it is. Oh, and lots of sorting, tossing and packing still happening too.

We are trying to get the house on the market by Monday. I think that we are pushing it but we don't have a choice. We have to sell this mama before we move. I hope that it goes quickly!

The rental property for the summer in Greece has been decided and hopefully locked in place. We will know for sure if we have it for the summer or not by tomorrow. The house that we are TRYING to buy is another thing. It is so difficult. We still don't know if we can get financing. We are waiting for an aquaintance of ours to get back to us. He doesn't use email, but a woman that works for him does and he waits for her to give him our email and then we wait for him to have her send us one in response. Is this nuts or what? Where am I going? Back to the dark ages I think. I will remain positive. I must keep thinking about the great weather and the great food...and that Paris, Rome and Spain are short jaunts on a plane!
Posted by Cheryl at 8:00 AM