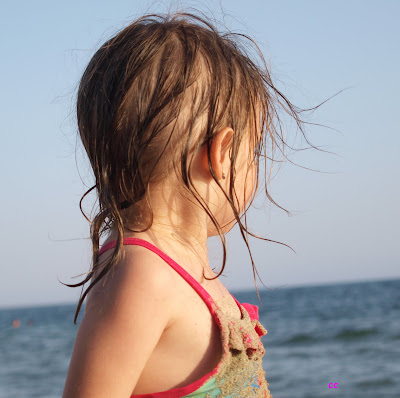 Summer afternoon-summer afternoon; to me those have always been the two most beautiful words in the English language. ~ Henry James
Posted by Cheryl at 12:45 AM 9 comments:

An evening in July... 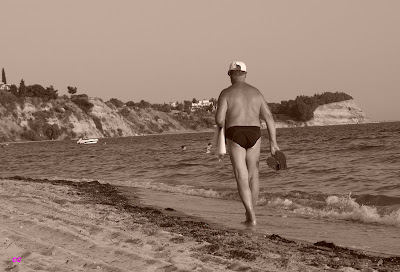 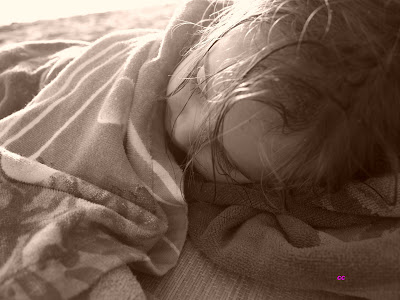 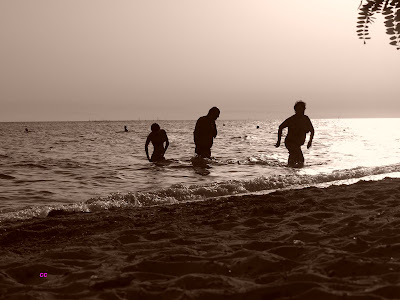 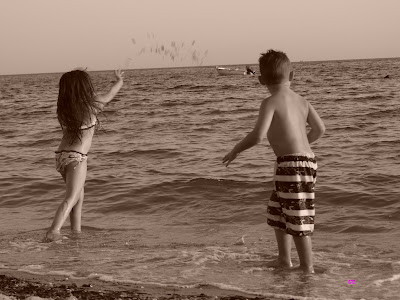 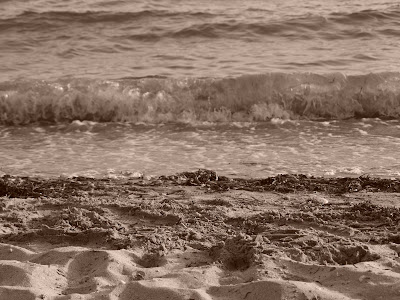 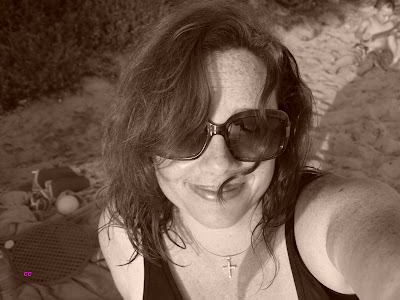 Now that we've settled into our Greek lifestyle, the beach is always a part of our days and since it's been really hot, we like to go during the evening as well. Friday, we spent the earlier part of our evening on the beach with our neighbors but they didn't stay very long, so we were on our own until sunset. It was lovely.
As most of you probably know, I seem to have a knack for noticing strange things. So, here are a few strange things that fell before my eyes while thoroughly enjoying myself with my kids.
-Two men, of Arab descent swimming with regular bathing suits, but also their shoes. Yes, they were their shoes, not shoes for the sea...shoes for walking, black, laced shoes. I understand that maybe they didn't want to step on a sea urchin or possibly a little crab, but it looked very strange.
I would also think that they might be a bit uncomfortable to wear out of the sea since they would be soaked and it would probably take hours to dry, especially with feet in them.
I'll have to do some research, it could just be cultural.
-A man parked his produce truck near the beach. He emerged from the truck with his wife and probably his daughter. The wife and daughter took off their clothes to reveal their bathing suits, while the man revealed his underwear. Yes, they were underwear. Cotton, bikini underwear. He wasn't young either. Now, I understand that if you really have to cool off in the sea, you could resort to wearing your underwear out of desperation. My hats are off to you if you have the balls, but you might want to pick a more secluded location. It just looks funny, plain and simple. My neighbor and I were actually in the water as he approached. It made a great conversation also.
Me: "I can't believe that man is wearing his underwear...wait...are they? No."
-Long pause accompanied by a squinting stare-
Neighbor: "Cheri, look...they ARE underwear"
Me: "Wow, no kidding..."
OK, so not a great conversation... but it busted up a silent moment in the water.
------
I took a lot of photos Friday evening and I started to flip between color and sepia. I just love sepia. The Internet is so full of beautiful summer pictures popping with color, especially blue water, that I decided to share my sepia snaps that I took from my little corner on the beach. I apologize that I don't have photos of the peculiar beach attire that was present, I was in the water for those moments. Besides, you wouldn't have wanted to see the man in his underwear...trust me.
Posted by Cheryl at 12:42 AM 14 comments:

A few days ago, I was lucky enough to have the time and the opportunity to drive to Halkidiki. The kids were staying with Yia Yia and I had the daunting task of retrieving them. I had planned to spend the afternoon and I stuck with my plan.

As soon as we arrived, Alexandra wanted to change into her swimming suit-she couldn't wait to test the warm, welcoming waters in front of her. So, we changed and enjoyed the beach for a few hours. 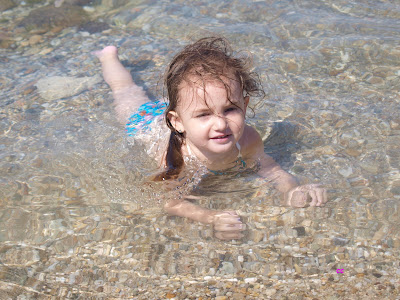 The waters were so clear and calm that afternoon, which is typical for Halkidiki beaches. We swam, played games and enjoyed a meal with Yia Yia before heading home. 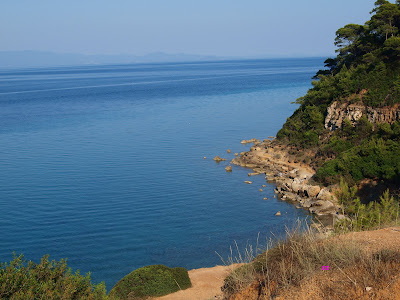 On the drive home, I stopped at one of our favorite spots so that the kids could step out of the car and have a look at the incredible view. I feel that they're finally old enough for me not to have a panic attack as I watch them look down the cliff side. I'm relieved to say that they handled themselves well.
Kosta and I used to ride a moped around the peninsula and stop at various places to take a break, enjoy a great view and/or swim. Can you blame us for loving this view? 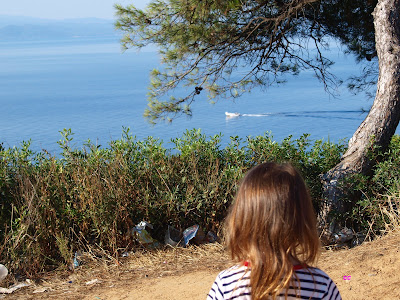 Alexandra was excited to watch a boat pass by. 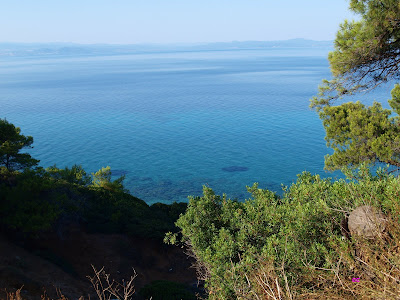 I couldn't resist capturing one more breathtaking view before heading home. Halkidiki is one reason that I agreed to move to Greece, it's so irresistible. I really need to make more time for myself to get there!
Posted by Cheryl at 4:51 PM 12 comments: 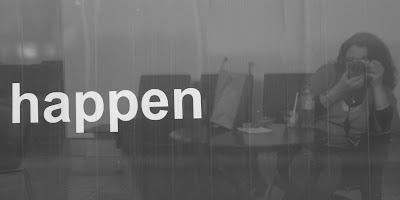 When you have a 7 hour layover in an airport...
there's not another soul at your terminal ...
you've spent 8 euro on a pack of gum and throat lozenges...
and another 6 euro on a bottle of water and a measly cup of fruit...
you know that one of your very best friends in the world is gallivanting in the same city...
but due to work obligations...
and the fact that you've just spent quality time goofing around in his studio...
ate at a 5 star restaurant...
as well as ordered pizzas...
neither of you bother to make plans to meet.
So then, you pick up your camera and make it happen... 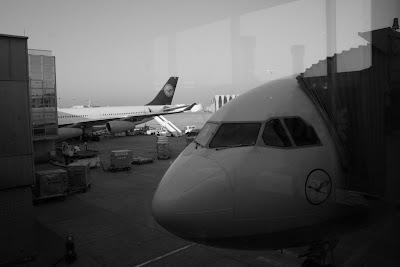 you take pictures of airplanes... 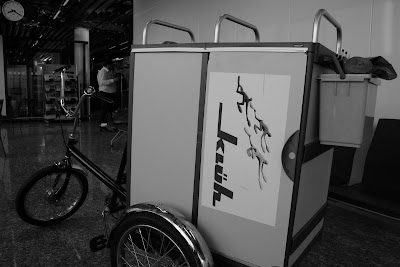 as well as cool little bikes that the maintenance workers use to collect and haul trash & recyclables. ( I was really tempted to steal this and have a few turns around the airport) 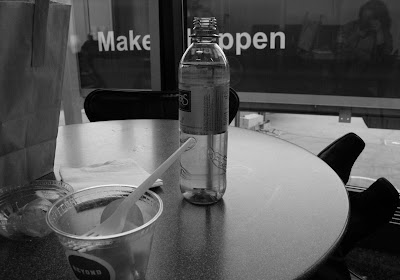 and of course, the remnants of your overpriced snack.