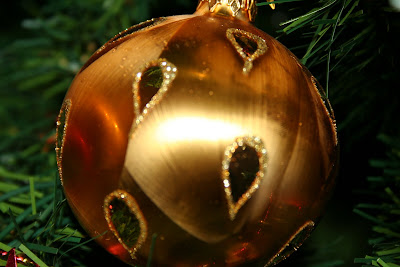 Well, Christmas is over and I have to say that it was enjoyable. I was a little nervous with the prospect of hosting the holiday festivities in our new home since we are still have boxes to unpack, but at the end of the day it just doesn't matter. I mean, it took us about 6 months to pack all of our belongings in order to move here, it should take about 6 months(or more) to unpack. Besides, all of the boxes that need attention are strategically stored upstairs where they aren't visible.

Kosta's mom and sister arrived shortly after 11:00am and we were all dressed and ready for the day. Small miracles do happen. Izabella wore her favorite "princess" dress and Foti sported a nice shirt and vest combo. Alexandra wore an adorable red and white Santa-style dress complete with a faux fur collar. I managed to dig a nice outfit of my own out of one of our remaining boxes.

The turkey was in the oven and the kids were behaving. Although Santa(Aghios Vassilis) doesn't arrive in Greece until New Year's Eve they were giddy with the anticipation of the gifts that they would receive from everyone else, including some gifts from America that they'd been slowly tearing open since Kosta's return. At first I wasn't sure how I'd handle telling Iza that Santa doesn't visit us on Christmas Eve but everything worked out just fine, if not better. I mean, how much better does it get for a kid? They receive presents from their family and friends on Christmas day and then Santa brings even more presents on New Year's Eve!
Our other dinner guests arrived about an hour late because they got lost and because they're men, they didn't bother to call us right away to ask for better directions. Again, everything turned out just fine. Dinner was perfectly ready when they arrived. The kids still got up and ran around a lot during dinner but I didn't bother disciplining them too much, I was tired and well, they're kids. One day they'll learn to sit through a whole dinner, it's just not soon. What's funny is that Foti started to fall asleep during dinner so he left the table to take a nap. I had the monitor in his room so that I could hear him and he kept talking to me through it because he knew that I was listening. He summoned me upstairs to help him into his pajamas. Shortly after that he returned to the dinner table in his pajamas and had a full meal.
As everyone was nearly full our guest that's a doctor got a phone call. He had to leave almost immediately. Bummer. So, I packed the desserts for he and his friend to take home. (cherry cheesecake & lots of cookies)Their visit was just under 2 hours. It worked out in our favor because both Kosta and I were still a little under the weather. We cleaned the table and put more wood in the fire. As soon as the kids were in bed MIL set up for a Christmas cupping. It's been years since she's performed cupping therapy on me and I have to say that it felt really good and I was quite relaxed afterward. Kosta fell asleep almost immediately after his session. It seemed that everyone was full and tired so our night ended early.
The next morning we both felt much better. We had breakfast and cleaned up a little more. MIL spent time in the yard with the kids and SIL just relaxed in front of the TV. Later that afternoon we warmed up our leftovers and had a late lunch. MIL and SIL left at around 6:00pm that evening. That was Christmas for us. I'm really glad that our 1st Christmas in Greece went well. Whew!

So maybe a little more than fifteen minutes... Kosta's TV appearance About.com:Greek Food A Love Affair with Winter Greens Christmas in Greece
‎“love life, engage in it, give it all you've got. love it with a passion, because life truly does give back, many times over, what you put into it” ~Maya Angelou