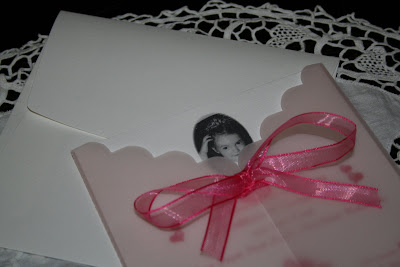 It seems that whenever I'm not online very much that I must be up to something. Well, for the past month or so I've been organizing Alexandra's baptism that took place on the 19th of July in Kozani. I've just been recovering from all of the excitement as well as spending time with friends and family. Preparing for this baptism was unlike the last one that because I was actually here to shop and plan. Izabella and Foti had a joint baptism in 2005 that we planned from Milwaukee, which meant that MIL and SIL did most of the running around here in Greece. I looked at pictures of boubounieres(favors) that were sent to me via snail mail and we sent our self-designed invitations overseas in bulk ready for MIL and SIL to hand deliver...which is how most invitations in our family are given out. For this baptism I had an idea in mind of what I wanted the invitations to look like, but decided to go to a printer to have the them made. That decision alone saved me a lot of time and work. I ordered them on my own, which is a big step for me. Of course, the owner of the print shop had to go into the "which is better...Greece or America?" spiel but I'm used to it now so I didn't let it bother me. It's just so silly isn't it?

So, I ordered the invitations and headed for the photographer who was a referral from a friend. Everything went ok with him also, except about a week before the ceremony he called us and told us that he needed gas money to travel to Kozani. Um, what? The problem was that he couldn't find a videographer willing to drive so he wanted us to compensate him by paying him the gas money. My husband basically told him that he'd better get busy looking for someone else. Here's what I think...why didn't he just slip the cost of gas into the total estimate before we booked him? (Weird and unprofessional) So, a few days after that he called and said that he found someone to work and everything was fine and we didn't have pay for his gas.

Alexandra's Nona (Godmother) was extremely excited and started shopping immediately after we accepted her proposal. Yes, she asked if she could baptize our little one since she hadn't been baptized yet and I was really flattered and excited that she was willing. I joined her several times as we shopped for the event. She wanted me to approve the baptism dress and boubounieres. I really didn't think that was necessary since I believe that everything was totally her choice but I accompanied her to the baptism shop anyway. Plus, it was an enjoyable experience and it got me away from the house. As I suspected, the things that she chose for our daughter were just beautiful. Here's the dress... 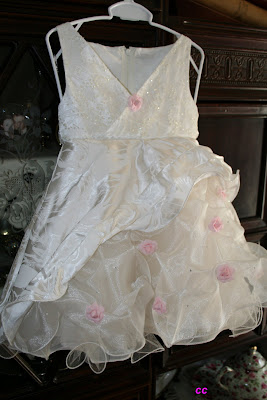 The baptism box that contains most everything needed for the ceremony... 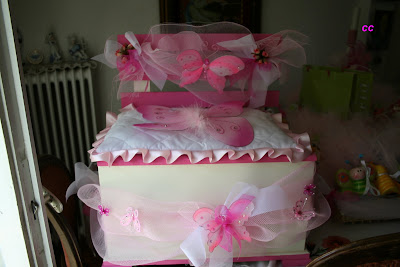 This box is also a little bench that she can use in her bedroom later on.


The contents of the box... 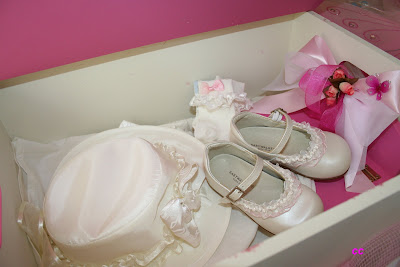 What's all of this?
-baptism towel
-new shoes
-new socks
-new underclothes that will help absorb some of the oil from the baptism
-a keepsake box containing the oil used in the ceremony with some soap
-the hat
The boubounieres(favors)... 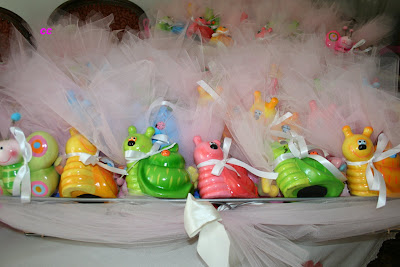 They are little money banks... 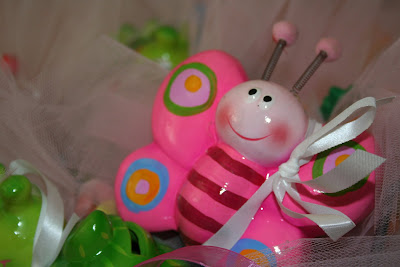 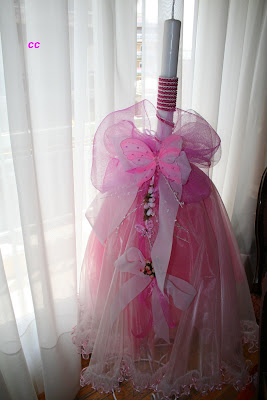 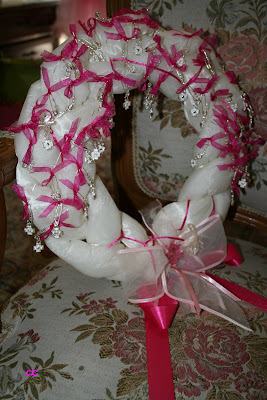 The martyrika were actually chosen by my cunyada (SIL). I think that she did a great job as well. 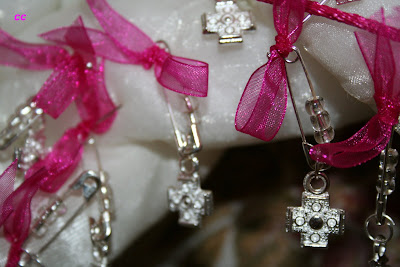 We also shopped for dresses, shoes, sweets and anything that you can imagine that was needed for the day. I really don't like shopping though. It was nice to get out of the house but shopping isn't one of my favorite things to do so I think that I managed to come out of it alright. I was a good sport and I'll admit that I enjoyed myself.

That's all that I have time for today. There will be more great pictures to come!!