Here are just some photos from my Memorial Day... 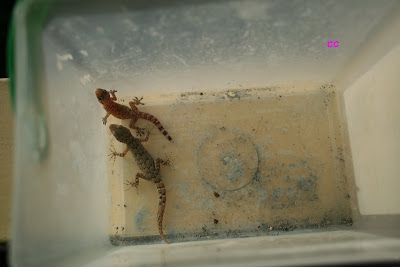 This morning I discovered these 2 lizards in our sidewalk chalk box that was left on railing of our balcony. It seems that they must have run down a column and ended up in the box. They couldn't get out as the box was too slippery. I think that they were relieved when I found them and let them out. 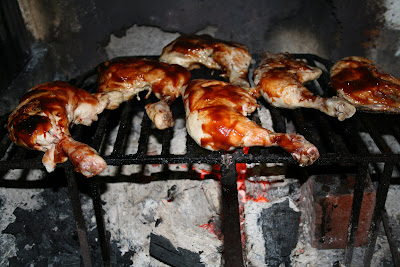 I did have BBQ sauce and I made the chicken that I'd been craving. It's been a while since I've been allowed near the grill and I love using the grill! So, we had chicken, corn, potato salad and kidney bean salad for our Memorial Day dinner. The kids were thrilled. 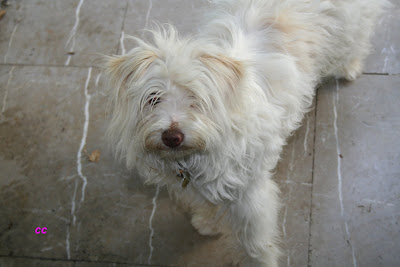 Gigi was hanging out in the hayati. (the little house that the grill is in...can't think of how to translate it at the moment) She was really hoping that I might drop the chicken. Look at how desperate she looks, I never feed her. 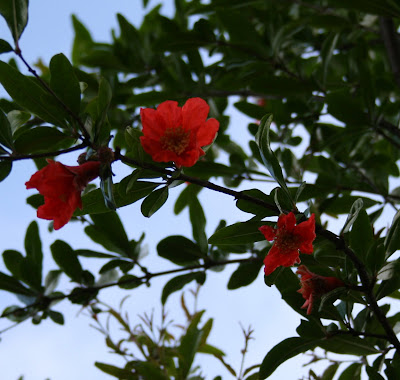 I also want to add that I officially took the day off today. I think that it was time. I'm just exhausted. Of course you all know that a mother of 3 doesn't really get a day off. I slacked a lot-so much that my husband mentioned it. You should see my laundry pile now-especially after the weekend. Ugh. It will all be there for me tomorrow, that's how I see it so I decided to go easy on myself. Iza said, "Mom-are all of those clothes dirty?"-and I said, "yep".

It was a perfect day to slack though. It was really hot, hotter than it's been so far this year. Also, as I was slacking I swear that I felt small tremors. I was telling Kosta about it and of course, I was just overreacting until he felt one moments later when the couch trembled a little. Ha! I'm not sure why he never believes me after all of these years. Although many of my stories and/or concerns seem exaggerated at times-they never are. So, I checked the EMSC to see if it was recorded but it hadn't. It must have been too small- I think. We probably experience tremors regularly but I'd never know it because I never sit in one place long enough to realize anything.