Do you recognize this dog? 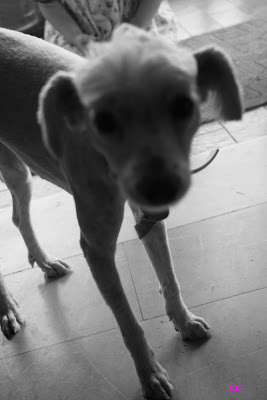 Can it be the same dog as this one? 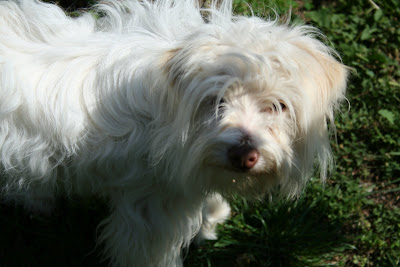 The scruffy, fluffy dog that plans her escape with Alexandra? 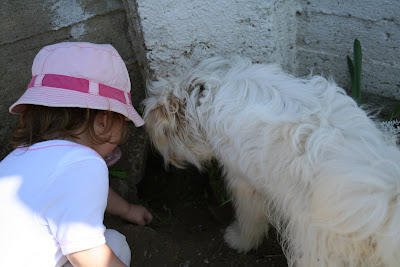 Yes, it's the same dog. It's our Gigi. I took her for a haircut Thursday morning and man, did she get buzzed! While she was on the table getting her hair cut another family walked in and asked if we wanted to "marry " her off to their dog. I thought not since he was a black husky type dog and hopefully not her type. We all had a good laugh. She looks pretty good tidy. The kids can't keep their hands off of her, they just giggle and laugh and chase her so that they can hug her. We haven't been hugging her too much in the last few weeks because of our tick issue. My poor puppy was just like a tick magnet with her long hair. It'll be much easier to help her now and she won't be so hot this summer. Um, does she need sunscreen now? 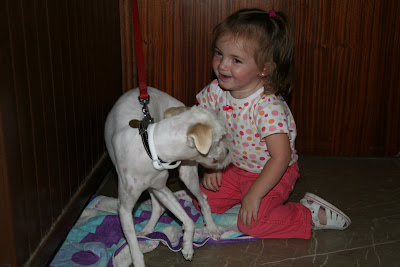 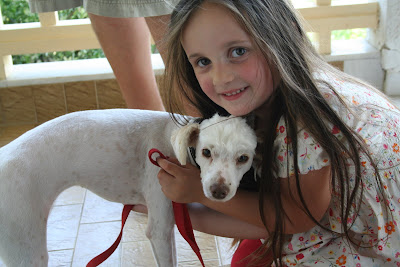 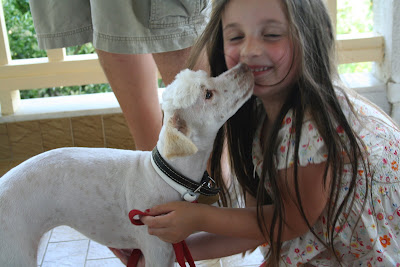 Iza came home from school and just giggled her little heart out at first sight of Gigi's new look. She said, "Mom, now she really looks like a poodle! I have a poodle!" Ok, well- half poodle but poodle nevertheless. Foti was interested in her for once also. He wanted to walk her and soon a sibling spat ensued. Fighting over the dog? Wow. That hasn't happened since we first brought her home. 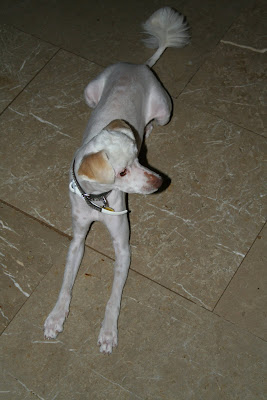 So in our shock and adoration we've been repeating a few different descriptive words within the last few days...


We just can't stop adoring her. She's soaking up the attention too. Now, if we even put her outside for a minute she whines and cries. What a little princess, huh? I really have to find that rhinestone collar-what do you think pink with rhinestones? Or purple? Maybe I'll find a gold one. Or maybe we can find one of those marabou feather collars for special occasions? Will we have to knit her a sweater? Or buy this one? 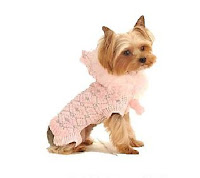 The possibilities are endless now! 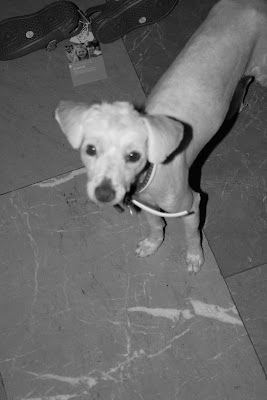 Email ThisBlogThis!Share to TwitterShare to FacebookShare to Pinterest
Labels: Gigi