Early Morning Walk at the Marina 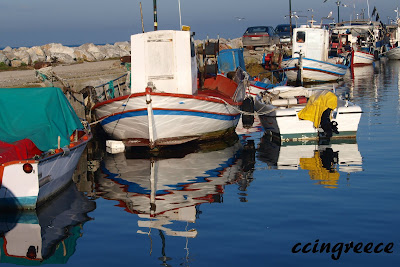 One thing I haven't done  in a while is post photos that I've taken on the same day as the actual post. I started this morning and I'm motivated to have this up before I go to bed only because today's weather is so spectacular and I want to share just how beautiful of a morning we had.
Shortly after dropping Izabella off at school I was ready to turn the car around, go to the bakery and then head home. Given the fact that we've been stuck in the house for two days with another nasty virus and that the weather was so beautiful, I decided to take a ride instead. Foti and Alexandra were with me. Foti's school was closed for conferences today and Alexandra doesn't go to school yet.
So, we drove to a local marina to take a walk. It was around 8:30 am and the sea was calm... 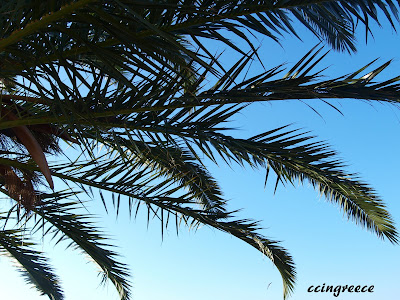 The sky was so blue. 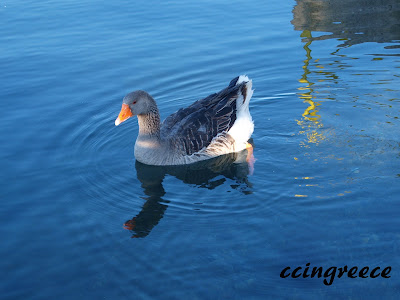 The kids loved to look at the geese & ducks that live at the marina. 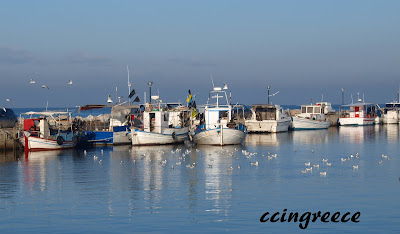 Fishermen cleaning their nets. As they tossed the fish & other creatures from their nets the seagulls were there waiting to collect. 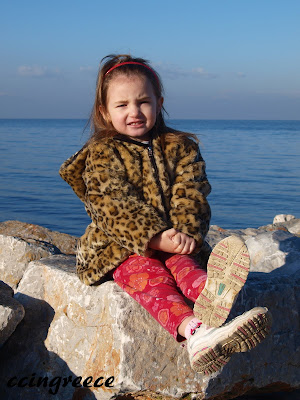 Alexandra  posing on a rock, squinting in the bright sunlight. 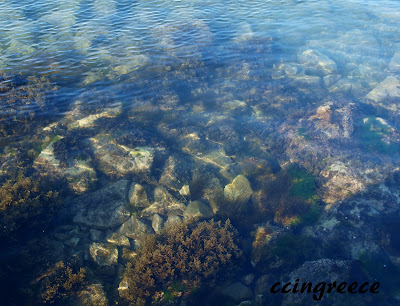 A look off of the pier, the water was is so clear. 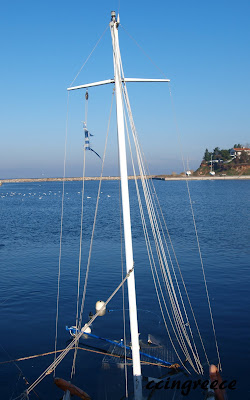 I almost missed this as we walked along the pier... 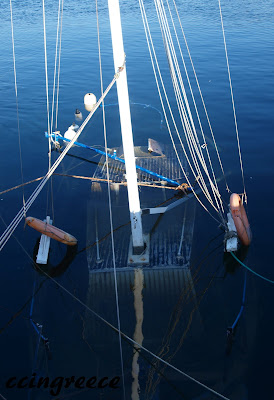 I had to go back to look at it. Someone's boat has sunk!  I feel bad for the owner. We've had a boat sink once and it's difficult to recover and repair a sunken boat. 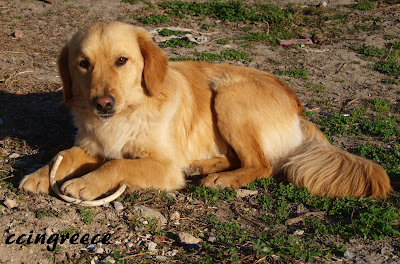 Naturally, we were approached by a stray dog. This one was absolutely adorable and luckily I had some doggy treats in the car. This pup worked hard for a treat. It was so sweet and playful. 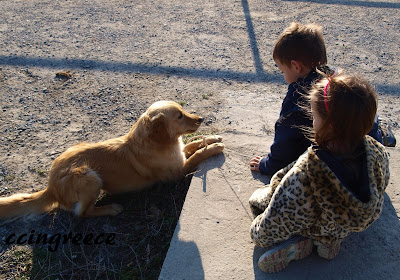 The dog loved the attention from the kids. 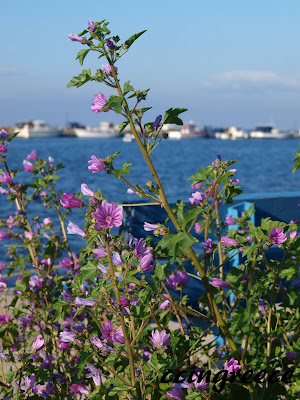 Beautiful purple flowers against the natural blue backdrop of the sea. 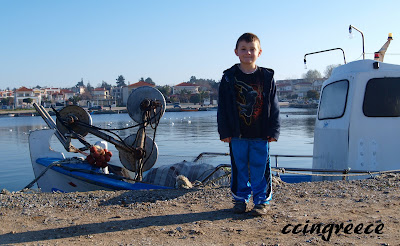 And here's a very pleased Foti. He was so happy that he was able to see boats, fishermen, ducks, geese  and so much more this morning. He thought  we were only going to drop his sister off at school and return home, hence his outfit! I told him to get dressed and it's what her threw together for the car ride and I didn't have time to find him anything else.  Besides, it just doesn't matter.
I hope that you've enjoyed  the photos from our walk. It was so beautiful and quiet. I plan on taking more morning walks now that spring is here.
Posted by Cheryl at 5:11 PM