Recently, I was poking around the yard to see how things were growing. We have a lot of work to do! We're down to only 2 boxes upstairs so we're almost completely settled indoors so now it's time to focus outdoors. I took a few pics along the way. 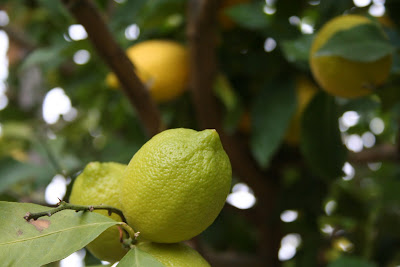 Here are some more lemons! I picked a ton in the fall and to my pleasure, more are growing! Amazing! 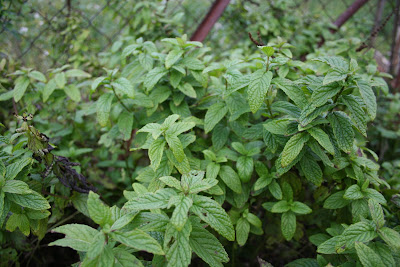 Fresh mint.( Diosmo) I still don't have a lot of uses for it but I will definitely find some. It's often an ingredient in yemista (stuffed peppers) but I usually leave it out when I make them. I think that fresh mint might taste much better in a mojito! Oh, and it releases a heavenly aroma after the rain, just heavenly. 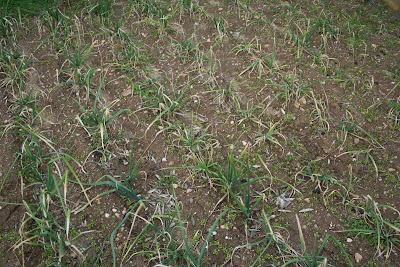 Garlic and onions. I planted the bulbs back in October. As the onions were first growing it was great to go to the garden for the fresh greens. They're well past that point so now we're waiting for the onion bulb to grow. 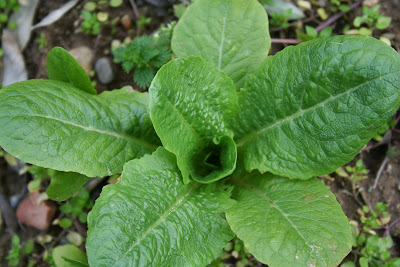 Romaine!(Marouli) One of my favorite greens. I planted the seeds in November. This batch seems to be growing slow. Apparently, it's time to plant more seeds for the next round. 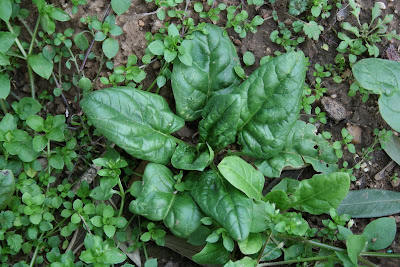 Spinach,(spanaki) my all time favorite green. I planted the seeds in November along with the romaine. I love going to the garden for my spinach. 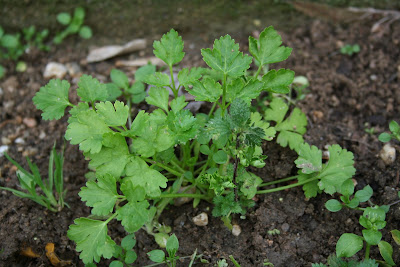 Parsley.(Maidano) I use it almost daily in everything from salads to main dishes. I planted this batch but there is plenty growing randomly around the property. 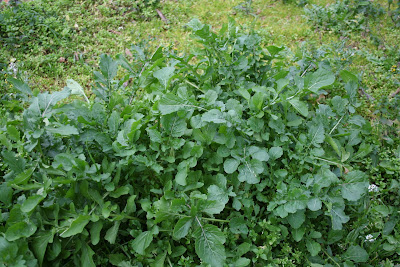 Arugula. (Roca) I thought that these were just more green weeds until my neighbor pointed out that it was argula. It's growing right near our back porch so I didn't think anything of it. What an awesome discovery! I've noticed that Gigi likes to snack on it as well.

There is also fresh dill and horta( veggie greens, nettles, dandelion greens etc). I won't eat HORTA though. I capitalized the letters because MIL keeps insisting that I don't know what I'm missing. When she talks about horta she usually refers to dandelion greens. The greens are usually boiled and served with olive oil and lemon juice. First things first- to me, dandelions are a weed that I've spent my life trying to keep out of my yard. They've made me miserable every spring due to my allergies. Second, I don't like cooked greens. I love fresh spinach and the only way that I can eat it cooked is if it is in something like spinach pie, not on its own, no way. It's too slimy.

Some other things I have going on here include oregano, a flamouri tree(sage) and a daphne tree (bay leaves). Hopefully we can save a lot of money on groceries this summer.

I've gone from a city slicker who was used to container gardening to city slicker that's in the boonies trying to figure out how to really garden with lots of space to do it. Who would have ever thunk it?

Email ThisBlogThis!Share to TwitterShare to FacebookShare to Pinterest
Labels: garden